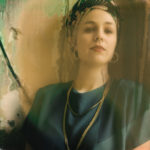 With her first single of 2021 “Not My Fantasy” – a reflection on a past dysfunctional relationship, Roselien demonstrates how a track can be written, performed and produced by one woman – no longer taking shit from any men. Roselien’s Funk, R&B, rare groove and jazz influences can be heard in “Not My Fantasy” which is built upon a slick groove. Roselien makes a statement with her selfproduced and self-programmed single “Not My Fantasy”. Roselien has crafted her own sound over the years whilst studying the ins and outs of music production and working hard on her skills as a musician, beat programmer and singer. Inspired by music with soul and a certain groove. The result is her unique blend of Jazz, Soul, R&B and Funk. Having opened for artists such as Meshell Ndegeocello, Gregory Porter, The Jones Girls, Bilal and Gabriel Garzon Montano, Roselien has taken her mesmeric live show to venues in London such as The Jazz Cafe, Rich Mix, LayLow, Kansas Smitty’s, The Lexington and Piano Smithfield’s as well as venues in Brussels such as Ancienne Belgique and Le Botanique, Reflektor in Liège and Rotterdam venues Bird and Lantarenvenster. Roselien’s previous single “Loving” was premiered by Erica McKoy on Worldwide FM and remixed by Kaidi Tatham (once dubbed “the UK’s Herbie Hancock”). She also hosts a monthly radioshow called “La Vie en Rose” on Totally Wired Radio, Acid Jazz’ radiostation in East-London. “Not My Fantasy”, the first single from Roselien’s upcoming EP “Seventh Ascension” will be available on all digital platforms from 28 May 2021.